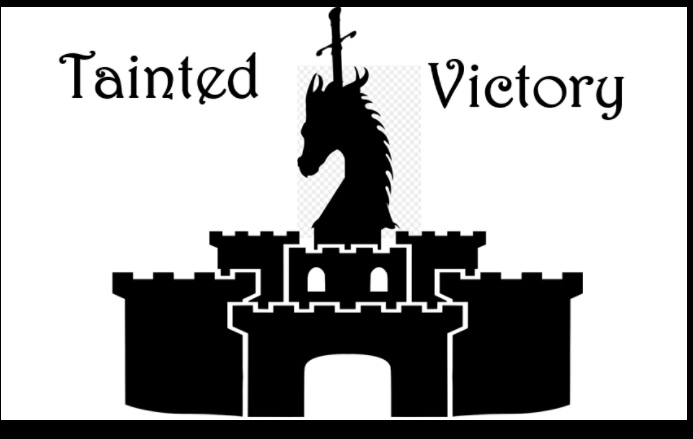 Siguard, Colt, and Evelyn stood at great iron door to the castle in full attire. Siguard opened the door. The clouded sunlight broke into the room and lit it up with navy light. The other four members stood near the stairwells, carefully avoiding stepping on the dried blood puddles. A cool, post storm wind kicked in. It ruffled Evelyn and Colt’s respective cloaks. Some rain continued to drop from the sky and spatter about the field. Siguard took his first step outside. His foot squished and spat water out. Colt walked out with similar results, but was less bothered, as was Hounder. Evelyn scrunched her face before taking her squishy steps. She exhaled upon planting her feet.

Evelyn took another step out, and another before she was clear of the castle doors. “Remember,” she said, “in the kitchen is a cabinet that looks like a pantry. If you twist the handle and pull,” she demonstrated the technique, “it will reveal a passageway. It is how I entered, and how the servants of guards got around without being spotted.”

“I understand,” Hugh said. “Check on my horse for me. And Raisor’s horse as well.”

Claudia shook her head, rolled her eyes, and headed for the kitchen.

“I’ll join you,” Olivier said to her. He followed in behind Claudia.

“I will,” Evelyn said to Hugh.

“Make sure you close the gate!” Siguard called out. He was further down the field. “We do not need those Blues executing a sneak attack while we have our guard down.”

Evelyn turned and walked through the mud and dewy grass up to her two compatriots. Her cloak dragged over the filth, giving a clear path of her walk. “What is the plan?” she asked the two when she got closer to them.

“We talk to them,” Colt said. “We humans are far more similar to animals than we often think. Sure the tiger might not be too kind to prey, but he doesn’t do it out of malice. If we come as people we should come to an understanding and get assistance.”

“That’s not how those people work. It is also not how Troforsect works either. We will need to intimidate them.” They exited the castle walls. The iron door slammed firmly behind them.

“Well those both sound like fine plans, but if we think someone did sneak in, then wouldn’t they have left prints of their entrance?”

“I mean what I say,” Evelyn said. She scanned the ground around her. “It was raining last night. This ground,” she stomped on it, “is muddy. Therefore…”

“If they came from the outside they would leave tracks!” Colt said.

“Exactly.” She stopped and continued to scan the perimeter. There were prints on the ground at all. “Only there should be some, somewhere.”

“There are other ways to get around, you know,” Siguard said.

“Other ways…” Evelyn moves her gaze off the ground. It was then that she saw water carving a small trench into the mud. She followed flowing water to holes in the brickwork around the castle. She followed the holes up to the top of the wall. “I’ll be right back.” She walked over to the wall.

“Get back here!” Siguard said.