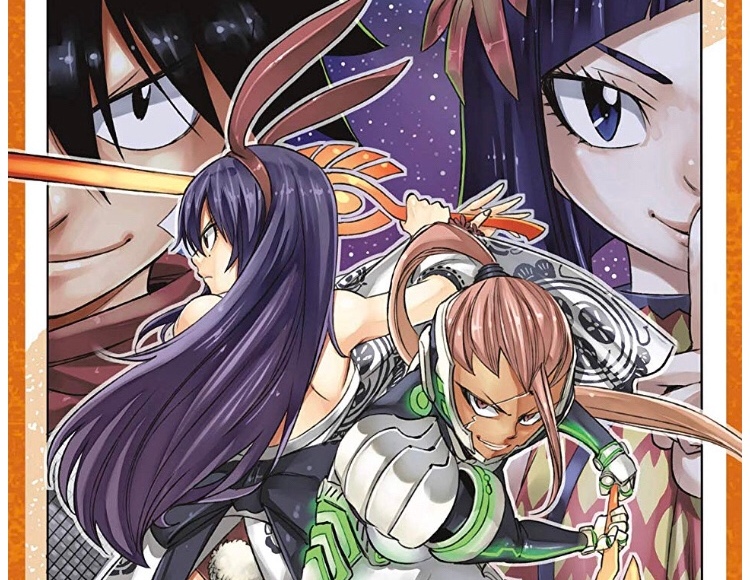 The first five volumes of Edens Zero, the new manga by Hary Mashima, were fine. They were a good enough starting point for a series and gave plenty of potential. They also had plenty of worrying signs. Both elements made me interested to continue and see where this space trip takes us.

Volume 6 picks up with the ship in need of repair, a reaffirmation to find the last of the old Demon King’s crew mates, and teacher to Shiki’s current crew mate, Valkyrie. Pinot, their robot companion comes to realization she wants to be human, and it’s presented that space pirate, Elise Crimson has a mole in her operations that’s trying to do something. Meanwhile the NPC killing dork from last issue goes and meets crime boss Drakken Joe to get revenge for losing to the Edens Zero crew.

This volume picks up quite a bit in terms of quality. The universe remains one fleshed out enough to allow Mashima to draw whatever he wants. He uses that power to draw some fan service. None of it is too overbearing as it has been in the previous volumes, but it still does nothing for me. Even beyond that the character models are still really solid. New characters are pretty interesting looking. Some, like the ruler of a casino planet don’t have a lot of character yet, but could be interesting. Meanwhile villains like Drakken Joe are still pretty flat. The best of it though is development for Homura, student of Valkyrie, and samurai of the Eden Zero. Her character quirk of thinking out loud gets good character dimension that makes it come from something in her, and works.

In fact most of the volume works. The crew go to meet the narrator of the story, a time oracle, to get the information on Valkyrie. They fight some fun characters, get the information, run into a captain from another galaxy that has something mysterious going on, and end on a casino planet. It’s tight. Has a full narrative to feel complete, but sets up some interesting threads.

The art also is consistent. None of it is awe inspiring or fantastic, but every panel is consistent and has a sense of weight and awe in space exploration. The backgrounds are present and do the job, and the only character copying is with the previously setup Drakken Joe who looks like the steel dragon guy whose name is eluding me from Fairy Tail.

The issues with this volume are not issues present in the volume itself, but because it is part of a larger narrative. It’s threads it is building on and crafting could all be for (k)not. That’s why I am usually against doing volume, chapter, or episode reviews. There is often not enough information to give a solid, definitive take on what is presented. This has a singular story that works, but it could all come apart. So, overall, it has definitely made steps to reach its potential, but still has that ability to slip up.