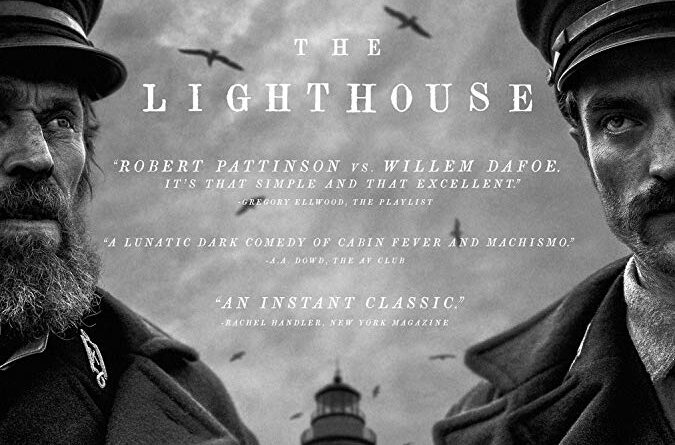 I’ve been on a bit of a kick trying to find movies that are very different both storywise and visually. In this case I went for a very particular kind of movie. One made by an acclaimed director bringing us his second film and also one that he shot in black and white and on a very specific aspect ratio. I have heard many great and somewhat mixed things regarding this movie with the acting being the clear consensus between everyone as being stellar and the story being the more questionable part. Ultimately I had to check it out for myself to see what I thought about it.

The best way to describe how I felt after finishing it was that I wasn’t sure what exactly I had just watched. It immediately seemed like one of those movies that I would have to watch more than once to pick up on some things that I may have missed, but I still am not sure if that would have done it. The first thing I did was start looking up explanations of the movie just to get a little more clarification, but it seemed that really it’s the kind of movie that you have to interpret for yourself. Sometimes movies like these can be a bit of a turn off for people because it isn’t straightforward, and with recently watching Parasite it was interesting to compare the two. While Parasite was less of a mystery but still had room for your own interpretation, this movie is more or less just a straight mysterious kind of story.

The movie itself isn’t a mystery as it tells a tale of two lighthouse keepers who struggle to keep their sanity while on the small island. The two lighthouse keepers are played by Willem Dafoe and Robert Pattinson. The most for sure thing about this movie is that these two actors give some absolutely fantastic performances. These are the kind of powerful performances that should have garnered them Oscar wins or at the very least nominations. I do very much believe that the performances themselves far outweigh the quality of the story.

The story itself is simple enough on the surface and had plenty of room to play around with how the characters slowly descend into madness, but Robert Eggers decides to go much more ambiguous with the imagery and storytelling. I would say that for the most part the general plot from start to finish is easy to understand and is fascinating to watch, but as you look deeper into very specific moments or actions or even pieces of dialogue, the movie starts to descend itself into a kind of madness.

It starts to make me wonder of the style was to develop the movie in a way that makes you feel as if you’re losing your own sanity in the same way our main characters do. I’m not going to say I have an answer as to what exactly was going on throughout this movie and I’m really not even sure if there is an exact answer. Does that make for a good movie though? I guess that comes down to how I felt overall about the movie from start to finish.

One of the most interesting things was how Eggers approached making a movie like this. It made feel as if it was made decades ago in a time before we had color and before we had widescreen. It was one of the most unique approaches to a movie that I have seen in a while. At first I was expecting it to not work for me and for me to not get as into as I was hoping I would, but surprisingly it caught me by surprise and I ended up getting fully invested into it. There was a moment early on in the movie where I contemplated turning it off because I wasn’t sure if I could actually watch it the whole way through, but as the story furthered and as I slowly moved into the madness myself, I was glued to the screen hoping for resolution.

It is a problem though that this movie has where it doesn’t exactly have the kind of resolution you want, but does still have a resolution. The ending is ambiguous in a way that I’m not sure if everything was simply going on in his head or if he was actually there at all. It seemed possible that the whole setting for the lighthouse was just a figment of his own mind, but again this just may be my own interpretation. I think it’s fair to say that if you watch this movie, you will likely come to a different interpretation than myself.

In the end, the movie is a movie that is not by any means meant for everyone. It isn’t even meant really for a specific kind of audience I don’t think. I would say that this movie is made for fans of the director or actor or anyone that is simply curious as to what this movie is all about like myself. It was masterfully directed for what it was highlighted by some world class performances that I will never forget. I actually really enjoyed this movie, but I will have to watch this movie several more times to pick up on some of the smaller things that I may have missed. I think anyone who is in the least bit interested in this needs to go ahead and give it a shot.

If you’ve seen The Lighthouse and you have your own thoughts or opinions then make sure to comment below or send an email to TowerCityMedia@gmail.com