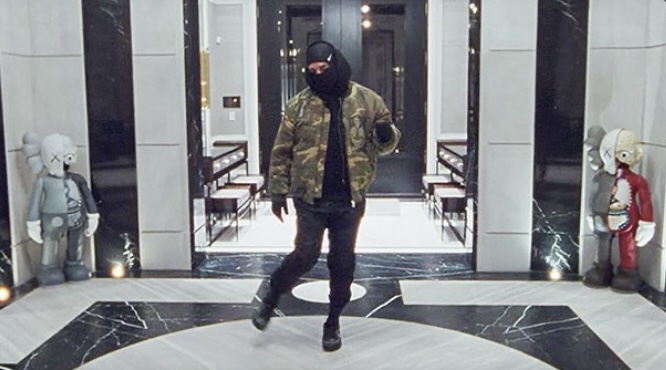 Drake, for his many faults, is never boring. Well he can be, but even those songs are boring in interesting ways. Toosie Slide absolutely fits that mold.

Toosie Slide wants to be a throwback to dance songs that tell you how to do the dance to the song. Think Cupid Shuffle of Electric Slide. However it is also is a classic Drake gangster song where the goal is to get the with a girl or show off to the guys. That is such an interesting premise that is, I want to say squandered but it is too weird for that, wasted on Drake’s monotone flow and drowning beat.

I think what makes the song so continually listenable is how the dreamlike and repetitive beats mix with Drake’s sleepy voice to get you lost. That, combined with how easily the song loops into itself on continuous listens makes it almost ethereal and endlessly listenable.

This would usually be the time where there is a deep dive into the lyrics. But, going off of how this song wants to be an instructional dance song it’s only fair to tell you the steps. Get a pen or screen shot ready…

Phew so exhausted now. Took so much effort to… yeah so the song is not that. Instead the Toosie Slide is about how to get girls. Told by the rest of the chorus, “Basically I’m sayin Esther way we bout to slide ayy… can’t let this one slide ayy.” It’s supposed to be such an alluring dance that the other person just wants you immediately. I am not sure how a dance with less steps than the Hokey-Pokey can do that, but sure (must be cause he’s rich).

The rest of the lyrics are normal Drake-isms. Talking about clothes, how cool you are, all the great stuff you did for family, etc. The only standout lines are “2000 women want to tie the knot, ayy, yeah,” just for its craziness, and “Got so many opps, I be mistaken opps for other opps,” because if you have that much beef with people there is a problem. Also the delivery on both is pretty incredible.

The music video is set in what is best assumed to be Drake’s house in the weird Cribs episode ever. In the video he’s looks like he’s robbing the place in full ski mask and dances around the house. The best part about the video is that the <insert foot here> up bit means the foot literally goes up to the side, not just forward. Also the video wants be one takes. Other than a long intro it’s a fine enough video. Though it ends with him shooting off a bunch of fire works which can’t be legal where he is (it’s okay cause they joke about if they can show that bit or not).

Now, is the song good? I mean this has been mostly a positive look, but is it good? It is not a song made to be listened to for depth or meaning. It’s made to dance to. Now it’s low beats aren’t perfect for that, but it’s overall vibe is so inviting and listenable it’s hard to stop once you’ve started. Just like eating a Tootsie Roll.