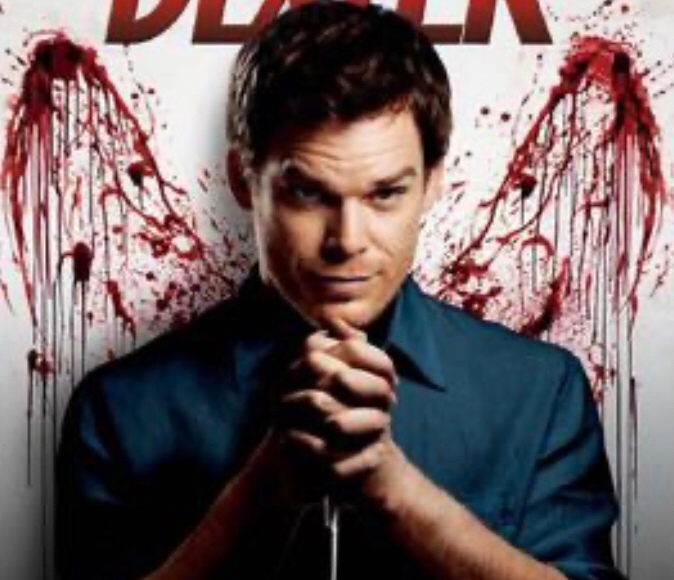 I was excited to watch this season. Well excited to see how bad it got. Scott Buck of Iron Fist infamy took over as show runner, and checking the chart on the Dexter Wikipedia, this season was a steep decrease in quality. It is that, but it also is still kind of too decent to be Iron Fist levels of bad.

So, the plot this time concerns Miami being besieged by a pair of apocalyptic killers bent in recreating scenes from the book of Revelations. This causes Dexter to question the existence of God on his Dark Passenger. During that Debra is promoted to Lieutenant of the Homicide devision, Masuka gets an intern, Quinn and LaGuerta continue to be the worst, and Dexter gets a nanny.

The worst part about the season is the first episodes. The biggest thing that might stand out is Debra being promoted to lieutenant after being a detective for like a year, and her boss, Angel being passed over. That makes no sense, and I would hazard to say, not possible. The issue is that what it does for Debra as a character is interesting. It really forces her to confront who she is until that goes horribly wrong, but I’ll get to that.

The other worst part is how it feels like they forgot who Dexter was almost immediately. In the first scene he lures a couple of EMT’s that kill people for parts by calling in that he was stabbed. He then kills them with defibrillators while in the ambulance. None of that is part of his MO, and feels really sloppy. To build on that he’s seemed to stop showing off the victims to the criminals he’s captured, and he’s not ever really focused on the case. Or it feels too detached. Now, the point of the season is for Dexter to question who he is, but this never comes off as him questioning himself. Instead it feels like it was all done on accident.

The side characters still suck. Mostly Quinn, who gets nothing to do other than make terrible decisions, and dodge the blame. That alone is not bad, but he barley gets any blow back for his choices making it moot. Similarly, LaGuerta becomes Captain and her role is just to annoy Debra, and the audience by extension. She too, tries to play it off like it’s part of her character and that she is growing. The issue, again, is that there is no pushback.

Angel, bless that man, gets nothing to do other than worry about his sister, who is Dexter’s nanny, and go through a midlife crisis, sort of. He does some dumb actions like smoke pot on duty, but that’s it. Masuka getting an intern seems to be set up for next season. He starts with a hot girl that steals evidence then gets a guy who is a video game designer. That doesn’t make sense because he’s doing it for research on his game, but then he could just say that and not be an intern. Doesn’t matter, he develops a man crush on Dexter and is setting up something for next season.

Honestly, the main issue with the season is how boring the villains are. The previous 5 seasons all build on who Dexter is and wants to be. Adding a religious element makes sense. The problem is that it is rarely explored, and the character that helped was killed so early into the season it did not help.

Okay, to break it down. Colin Hanks and Edward James Olmos play religious zealots who think the world is ending so they try to kill these people in certain ways in order bring that about and be saved. They are not very interesting. All very one note. There is a twist with their dynamic that does not fully work, or could have been played better to help sell it. To help, Miami Metro calls in Brother Sam, a criminal turned preacher who runs an auto body shop. Dexter goes to him first to make sure he isn’t one of the killers, and then for advice. He has real pathos and feels like a full character. He gets to Dexter, but is removed so quickly and early into the main villain plot it feels like forever since we see him and his presence is lost on the show. That makes all the religious talk hollow and meaningless to Dexter. That too might be the point, but it does not feel like it was executed that way.

Oh right. Since Debra was promoted they get Mike Anderson, a cop from Chicago that feels like he came out of different show. He plays as the super knowledgeable, hard edge cop that goes to the line. Almost like he was from Network version of the show. He’s cool, but very off.

Now, most of this season is just dumb, or dull. There are some character breaking moments, but they don’t ruin the season. What does ruin the season is what they do with adopted siblings Debra and Dexter. So, outside the series they were married to each other, and it seemed to not impact the show. Well that changes and it’s revealed Debra has romantic feelings for Dexter. Yeah that sort of breaks it. The show desperately tries to play it off as one crazy character who believes it, but it feels more than that, and is creepy.

Even with that incestual bombshell the season is not the train wreck I’d hoped. Scott Buck is working with the same writers and characters he had before the take over. He can do a lot, but it would be hard to absolutely ruin them, even if he sort of is.

However the season ends on an interesting note I knew was coming eventually, but did not know when. I wonder how it all will be handled.