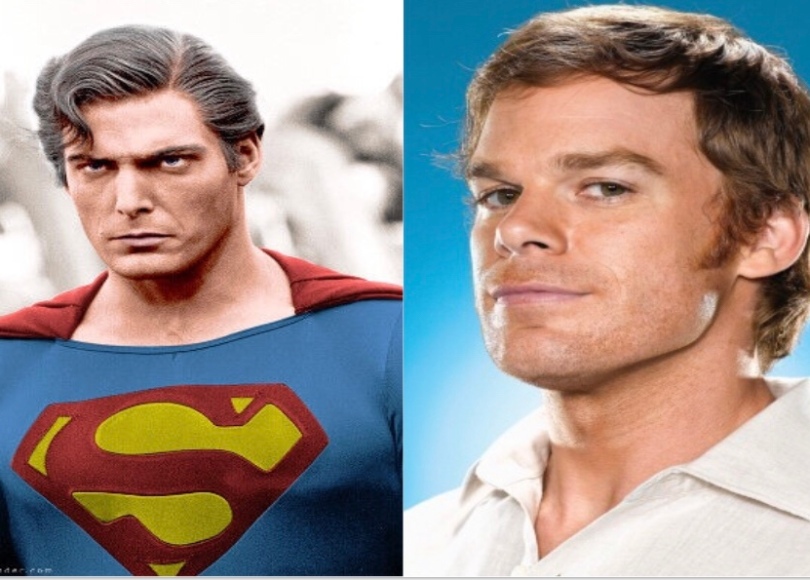 There has been so much talk about what being an evil Superman would be like. From the dozens of comics and alt-universe stories to Brightburn, the film advertised as “Superman but bad,” to even the parody title of this post “Bad Superman” but Scouting for Girls they all have their takes on evil Superman. The problem with those takes is that none of them feel like Superman. That might be kind of the point, but Superman still stands for something, and has goals, but get corrupted in the end, and watching Dexter I see that.

Dexter Morgan, a serial killer who hunts other killers and criminals, does not sound like he would be like Superman in anyway. Yet they have a surprising amount of traits in common.

Firstly, they are both adopted. Superman is from space while Dexter came from a broken home where his mother was murdered in front of him. On top of that they were both raised to receive their values from their parents, and in many cases have a father figure they can turn to. Superman has the holograms in his fortress of solitude, or sometimes Pa Kent himself if he is alive. Dexter has the memory of his father, and his father’s presence always with him throughout most of the series. They have a mix of girlfriends that love the facade they put on, and some who love the real person. They both have sons named after their father (Jon and Harrison), and their most remembered villain is a bald guy who has a terrible family life (I know Lex Luthor was not always bald, and his origin changes, but more modern takes have him coming from a bad home life).

Now, those are all interesting comparison. But, they are also all surface level. Any duel identity story will have love interests of different varieties, and mentor figures, and other similar tropes. However, what Dexter and Superman have in common is the drive to do the right thing.

Pa Kent and Harry Morgan both saw their child had this unusual gifts and tried to steer them into using those gifts for good. They both got a code of how to help people, and do good. The problem is that Dexter goes way too far with it.

The reason Dexter is clearly a bad Superman is that same drive to do good. It was the first real character trait that made me like him. He did these horrible things to bad people, but also wanted to be the best possible person outside of that. When he was living his other life he wanted to be a good boyfriend, husband, coworker, brother, and father. It just got complicated when his two lives clashed (almost like Spider-Man, but Peter Parker is never AS altruistic as Clark Kent at the end of the day). Dexter does do bad things to the people outside of his kill room. He lies all the time. There was that season he cheated on Rita. He kills innocent people. He flakes out on his jobs and responsibilities, and bends his own code to get certain criminals. He is bad Superman.

This whole idea for me comes from how Evil Superman is portrayed. In the portrayal I’ve seen he is always more of a dictator. He sees the world as something that needs to be controlled to work. The problem with that portrayal for me is that, that is not Superman (of course there is a path I could see him going down to get to that, but we rarely see such a detailed descent). An evil Superman would still try to help people. He would still try to stop evil, but he would go farther than anyone else. He would more overtly lie, adjust stories to fit his narrative, be a jerk, and use any method to get results.

Unfortunately, where this breaks down is in how Dexter the show weakens throughout its run. This breaks part of the character. It makes him less self-reflective, and puts him into more situations where he seems to go further than the people he tries to catch. This is sort of commented on at the end of the show, but it would be far deeper if explored more fully.

Dexter never saw himself as more altruistic and good. He saw himself as feeding an urge in a healthy way. He also saw everything he did outside his kill room as a cover (until he didn’t). He would not see himself as upholding a certain way of life, he sees himself as doing something aberratious to what people should do, unlike Superman who tries to be an ideal.

Even outside of that internalized comparison they both have such a strive to do the right thing while maintaining their two lives, but Dexter just does so much dark and self serving acts that it makes him bad.

Also, it cannot be a coincidence that when both men retire from their job they grow beards, wear flannel, and isolate themselves from the rest of society.